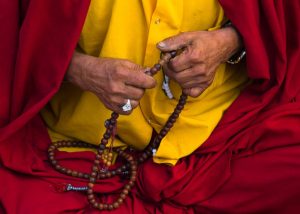 Guido Dingemans, de eindredactie via getty images. A Buddhist monk with his prayer chain. Richard Davidson had been studying the brain for more than a decade when he was asked a question that quite literally changed his life. “Why have you been using the tools of modern neuroscience just to study anxiety and stress and fear and depression?” Tenzin Gyatso, the 14th Dalai Lama, asked the neuroscientist in 1992. “Why can’t you use those same tools to study kindness and compassion?”

The question, which Davidson described as “a total wake-up call,”